The French writer Georges Perec wrote a book called An Attempt at Exhausting a Place in Paris (1975) in which he wrote down everything he could see from a certain viewpoint. You may like to read it. A further work by Perec is entitled ‘Species of Spaces and Other Pieces’, the first chapter of which attempts an interesting classification of spaces, ranging from the page itself to world and space outside. Again, this might help in relation to the following exercise.

Choose a viewpoint, perhaps looking out of your window or from a café in the central square, and write down everything you can see. No matter how boring it seems or how detailed, just write it down. Spend at least an hour on this exercise.

First attempt at writing down everything I see:

What can I see in front of me
Sitting in the garden, 5.6.21 11:28 am –
I am sitting in a metal garage chair with a plastic mesh covering, at a round black metal and glass
table underneath a black half square parasol. On the table is my iPad, which I am using to write
these notes, an iPad pencil, a mobile phone, in a purple cover with a tree and two owls embossed in
the leather. There is also a DSLR Nikon camera, with a long lens, a water bottle with a white lid and
a sunflower seedling in a brown flowerpot sitting in an old plastic ice cream pot used for watering it.
Underneath me and the table is grooved decking, which is situated in the corner of our garden
nestled in front of the kitchen window and the side of the conservatory. On the decking there are
couple of mottled blue flower pots containing a hydrangea and a dead thyme. A rusty coloured cast
iron chiminea sits in the corner, it is full of dried out dead wood and the latticed door is hanging off.

There is symmetrical pattern running around the chimney part. Along the wall there is some bamboo
screening. There are two folder chairs propped up and a small four storey greenhouse frame
covered with a plastic cover with green piped edges. There are only a few plants in it and a spider
sunning himself on the it’s web in the top corner. At the end of the decking there is faded picket
fence which comes out from the wall of next doors garage, to about 2/3rds of the was across the
decking. I can see the back of a slate sign hanging on the fence.

From where I am sitting I can only see up the left hand side of the garden, because the conservatory
is blocking the view of the rest of the garden. It as lovely sunny day

Beyond the fence there are raised beds containing a variety of plants, including some purple
flowering albums sticking up above the green vegetation. There is a bronze lamp stuck in the corner
of the bed which is glinting in the sunshine. A fan shaped trellis on the fence is covered in new green
leaves and an abundance of white rose buds. In front of the climbing rose there is a bird house on
top of what looks like an old branch stuck into the ground amongst another climbing rose, a
lavender bush and some ornamental grasses.

Further down the garden is a fruit tree and various bird feeders hanging from different branches and
twigs. A concrete replica on an Easter island statue sits in the flower bed in front of which is a bright
yellow daffodil garden ornament. There is another piece of decorative fencing towards the back of
the garden, which has a big thistle growing in front of it next to the head.

In the middle of the lawn there is a rusting fire pit. The lawn consists of some grass, but mostly
dandelions, daisies and buttercups. There is a little stone bowl full of water at the end of the flower
bed sitting on the grass. The flower bed is edged with the stuff that looks like half round logs.
A big confer is at the end of the garden after which is slatted gate and a brick wall to a garage
concluding the garden. The other side of the fence there is expanse of white shielded by the trees
where a motor is parked in front of the garage. Beyond that still is another house the side of which
shades the garden.

In the time I’ve been sitting here, there have been a few birds flying in and out of the garden but
none visiting the feeders. There have also been lots of bees on the plants and the odd butterfly
flying around. One caught my eye because it was little and blue, but didn’t settle anywhere to get a
good look.

I completed the first session before reading Georges Perec’s book, and tried to literally describe everything and I could see around me. Writing in a very prosy kind of style. However, after having read ‘An Attempt At exhausting a Place in Paris, I decided to redo the exercise following the style used in Perec’s book. The result is a very different dynamic.

In order to document the second session, I found that if you use MS Word on your phone, you can speak into the phone and it instantly types it up for you. This made it really easy to complete this exercise, for the first session, I had typed my observations into my ipad.

Of the two approaches, I think I find the second one more interesting, but I do think you need some element of describing the static elements as well.

Here are some areas to consider:
● Can you transform this into a photography version?

Yes, I do think you could turn this into a photography version

● Would you stay in the same place or get in close to the things you listed?

I feel that a combination of location and detail shots would give a more interesting set of images, and would enable you to highlight where things have changed.

● Would you choose to use your camera phone in order to be discreet or would you get your tripod out?

I do like the quality of my camera, but I have increasingly been using my phone. No one bats an eyelid if you get a phone out, so it might be easier. Ultimately, I think my choice would be made based on what I was going to do with the final images.

● Would it be better in black and white or colour?

Although, black and white would allow for moodier / higher contrast images, however, for this exercise, I would want to use colour, especially as I used the garden for this exercise where colour was important to the story.

● Would you include your list with the final images?

I think the list would add a dynamic to the images that the pictures on their own might night identify.

You may choose to turn this into a photography project if it interests you.

I will create a photography project in a separate post 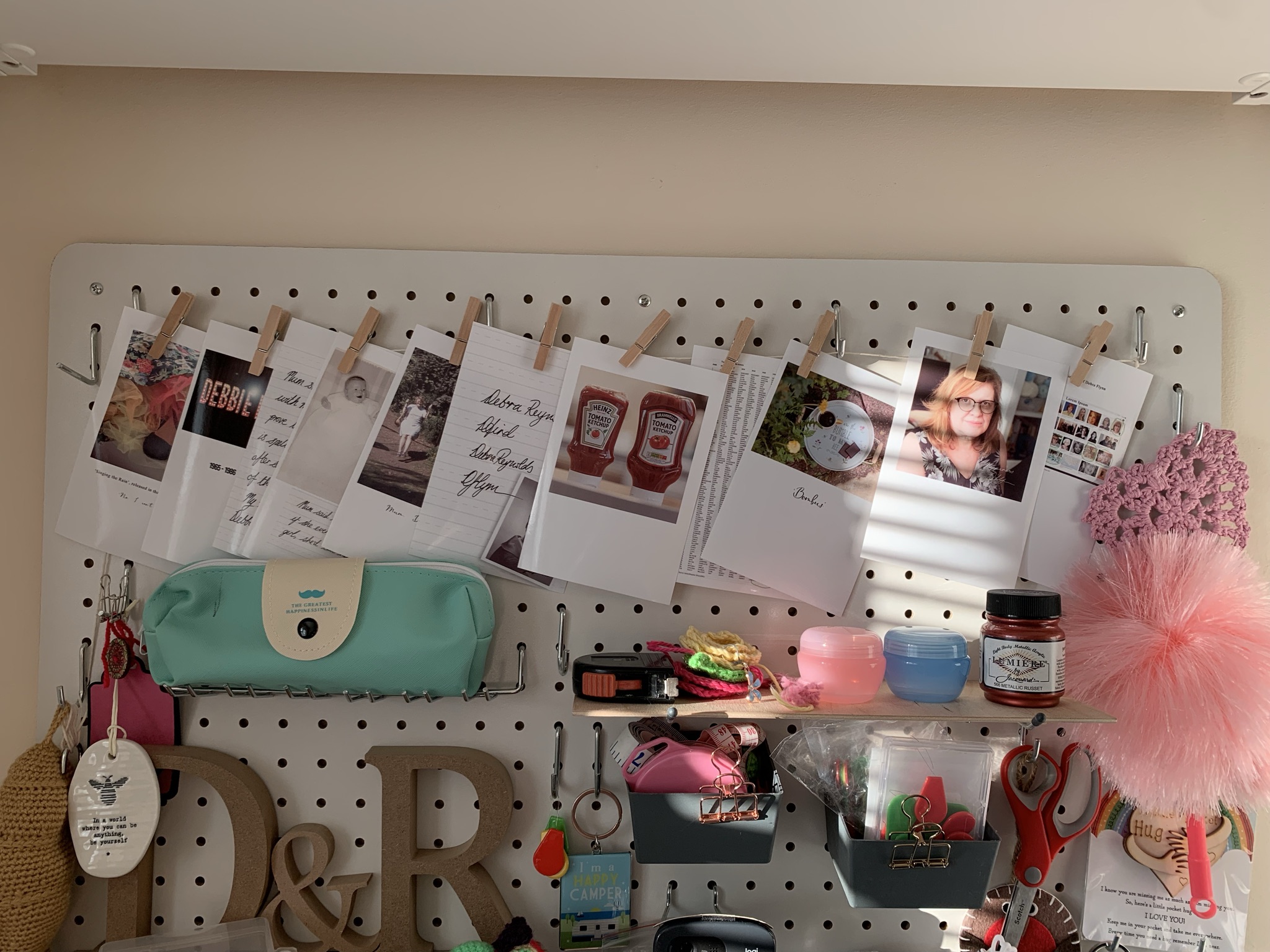